back in march of last year my dear co-worker had her BF of 3 years dumped her. she was CRUSHED. i spent a few months helping get through that and i can honestly say her and i are as close as we are now because of the support i lent her. see….i take care of my wimminz. well eventually i told her she needed to get laid. SERIOUSLY. AND she was up for it. oh, i should point out the dude admitted to cheating on her (long distance and all). she to her credit she put a profile up on POF and before you know it, she had a date with a 30 something newly bar appointed lawyer. first date went well. 2 days later i get a text from her stating he’s ALREADY started with the “i can’t believe a woman as beautiful as you could like a guy like me.” crap. 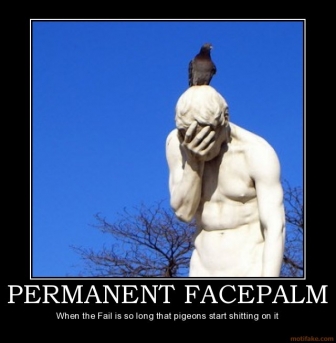 i’m sure you know the rest. BUUUUT. she said she was thinking about giving him some just because she knew she needed it. (what a good girl). and i told her. “look….yer a grown ass woman. you can make your own choices, but i’m telling you now, you sleep with him and you’re feeding a puppy. and once you feed a puppy it will NEVER quit bothering you.” she honestly listened  and understood what i was telling her. and…….she DID sleep with him. after the deed was did, we talked about it. “i duuno, he just can’t keep up with me.” i told her it’s probably because he killed most of her initial tingles. i only feel it fair to say this woman is straight red-pill mind-set. seriously. after the third go, she was done. she gave him the “talk.” you guys and women know the talk. lol. here’s the kicker though……

she decided to “keep him around.” “danny, you never know….it’s always good to be able to get legal advice and all.” i KNOW you guys are shaking your heads at this. well guess what…..she DID in fact go to him once or twice for legal advice and he provided it. *sigh* i’m all for my girl working it, if dude’s willing to be at her beck and call, that’s on him. she’d ONLY contact him for legal crap btw, he of course would text her and try to “talk”. if it were me, this is how it had gone down:

me- “what are you wearing?”

her- “shut up. seriously. *she restates question*

me- “are you wearing panties?”

me- “no problem. well, in regards to *legal concern* i think it’s best if you contact my secretary so we can schedule a sit-down to discuss your issues. i gotta run. it was nice talking to you.”

once you sleep with a woman and she decides to QUIT sleeping with you, that’s fine. it is……but when she still wants “favors” from you and you offer them up without getting the sex, you just failed a shit test. politely let her know you aren’t comfortable with whatever it is she’s trying to get from you and politely decline. again…..POLITELY decline. no point in being a dick and giving her room to paint you out as an asshole (unless you want that of course).

ladies….realize that if you have a clingy guy on the line and you “give him the goods”, GOOD LUCK getting rid of him.  just a friendly warning from yah Boy. DO NOT feed a puppy, because you’ll never get rid of him unless you quit feeding him all together.

10 Comments on “Feeding a Puppy”