I’m in a Bad Mood

Girl rubbed me the wrong way today. when i get in a mood, i shut down because i don’t want to be a dick. for whatever reason, i decided to go to Publix and get some beer and other sundries. as i walked the aisles i had a BIG hankering for some brisket. i bought the accouterment needed for the dish, got my beer, and if you could see me….you’d KNOW i was in a foul mood. as i sat in line with one of the cashier’s (Maria- older Mexican woman) conversing in spanish, i kept noticing the bagger chick staring at me.

i wanted NOTHING to do with this girl. i was DYING that she’d leave me alone. i was wearing my black star wars shirt. it’s a simple black shirt, with the star wars logo in faded gold. as i paid my bill, i looked to the bagger who was doing her job and she finally chimed in, “i like your shirt.”

now there was NOTHING on my face that could show i wanted to be spoken too, but she spoke to me anyway. i just smiled and replied, “talk nerdy to me.” she giggled and handed me my bags. i’m not in the state of mind to deconstruct the interaction, i’m in too foul a mood. but i thought it was interesting.

then i went and got my pizza from pappa john’s. came home, and prepped the brisket. it will marinate all night and i’ll slow cook it tomorrow. i’m soaking the mesquite chips and i’ve already got the rub set up. for the rest of the night….

football, klonapin, beer, and i’m going to remove the laser point from the AR and put it on my 9mm. you know… 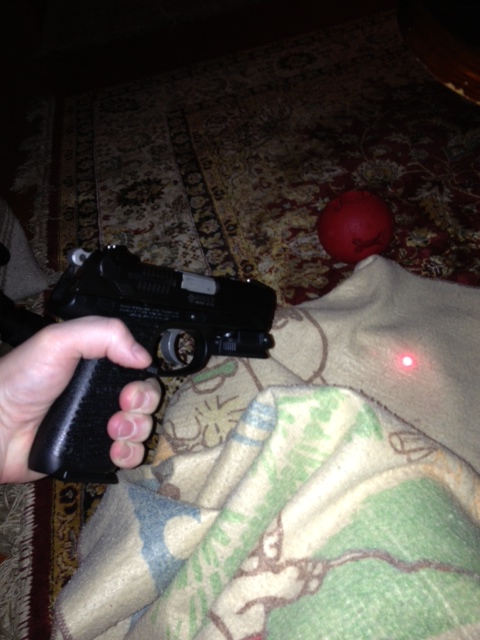 ruger P95 with laser sight. ain’t she purrrrdee. shit like this put’s me in my happy place. plus football. and beer. yeah.