Roissy ran a post, and I have to admit, I’d never really noticed it before. Well, as fate would have it, I had to go up to the OR to run fluoroscopy on a case. The job is pretty mundane, I get yelled at by a surgeon and operate a bulky piece of machinery that emits ionizing radiation so the surgeon can assure he’s placing the pin in the best location.

Now, you have to wear a surgical mask, head piece, and lead apron/thyroid shield. The last time I was up there the anesthesiologist was a woman. Same woman was monitoring this case and when there was a lull in the action she peered over and smiled (yes, you can tell a smile through a surgical mask) and said, “hey you.”

Well, well, well. We talked playfully for about 5 minutes, then I had to get back to the operation.

Eventually, another anesthesia person came in and started talking with her. Then I heard a comment made about my glasses, I wear my BCG’s at work. well, the guy that came in was making fun of my glasses. That old tactic. I’ve been doing this shit so long I knew exactly what this dickwad was doing. Trying to impress girl (she was late 20’s- early 30). But this is what I found interesting-

During their “conversation” he did 90% of the talking and her answers where very curt. Then suddenly, she started coughing and excused herself. 2 minutes later, the guy left. Well, she came back and after 30 minutes the surgeon told me he wouldn’t need me for 15 minutes. I walked over to the chart to get a sticker for the pt info I needed. Then I walked by the anesthesia unit. The woman was back and I could tell she was late 20’s early 30’s. now let me be clear here: this woman is married. EVERYONE in the medical field in the mid-late 20’s is married. She wasn’t wearing a ring, but I still knew.

Well, I had been standing about 6 feet away from her looking at the equipment when she said, “see, I have train tracks, that means we’re doing great. “ I nodded and she went on to explain what some of the stuff does. Then I noticed her ID badge it said “student”. The conversation was 70-30 with her doing most of the talking. I didn’t escalate, but the conversation was slightly flirty but playful and I could tell she was smiling and she made sure to keep the conversation going. Eventually, I asked her how long she had been married and she replied 8 years and that she was 32. I negged her by telling her luckily she’s married and that if she weren’t I’d be getting her phone number since nurses are notorious for being perverts. She giggled and nodded. Then I checked my stats and she asked what I was looking at. She asked what kind of stats, I told her about the blog. She seemed impressed and eventually, after nosing through it said, “Pretty decent stuff. I can’t disagree with what I’ve seen so far.” She also has a wordpress blog, but it’s about her and her husband’s travels.

Eventually the Anesthesia guy that was yapping away at her came back and her demeanor changed, she talked to him, but it’s “school stuff”. He tried to be witty, but she stayed in “school mode”. Her answers to his questions were to the point and she didn’t ask a question in return. She got her answer and quit talking while he yammered away. Her demeanor had noticeably

You don’t need to be in “pick up” mode to generate tingles. And a woman being married is irrelevant to what she finds attractive. And notice, she opened ME. I had zero interest in talking with her, but she was pleasant, polite, and open to my banter. She seemed to genuinely enjoy it.

Now, the guy could have been an instructor and she didn’t want to cross a line, but the guy was OBVIOUSLY trying to impress her, and came off as beta. He was WAAAAAAAY too chatty. THIS is why you master game. Women WILL telegraph their interest in you when they desire to chat with you. It’s not about getting laid, it’s about understanding a woman’s signals to you and responding properly. I just thought the “hey you” reference funny. lol. 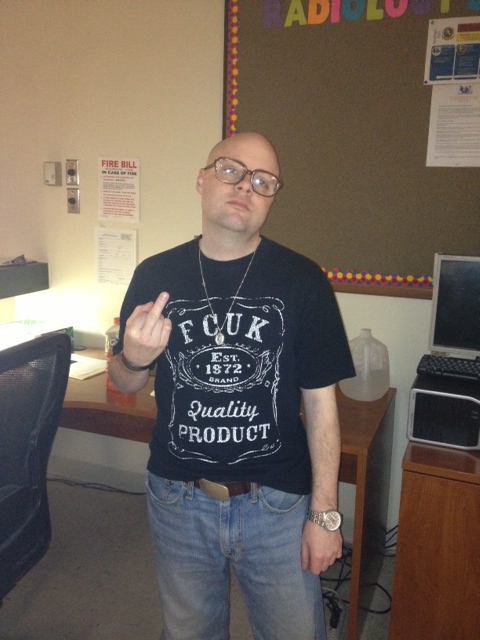 [edit- I just found out Sunshine Mary is up and running again. Thank God. The place sucks without her. Welcome back Dear.

16 Comments on “Alpha vs. Beta Conversation”